Stained Glass Rainbows was recently reviewed by Amos Lassen, a gay man who is pretty conflicted about the film. By conflicted I mean that in the review he calls the film "bogus" (actually he uses the word in his subtitle three times "bogus, bogus, bogus") but then in his opening paragraph he says the film is "new, fresh, and exciting and very, very important." So which is it? Bogus? Or very important?

So what do you think of his review? Check it out for yourself...

gayNEWS: F.D.A. Easing Ban on Gays, to Let Some Give Blood

Interesting news coming out of the FDA just before Christmas. Some gay men (those who have NOT had sex with another male in the last 12 months) will now be able to donate blood. This is a huge shift from the previous lifetime ban for all gay men that has been in place since the early days of the AIDS epidemic in 1983.


This issue is being promoted as a rights issue... gay men should have the right to donate blood, just as heterosexuals do. And there is point to be made that monogamous gay men having protected sex are less likely to contract HIV than a heterosexual who sleeps around. But, ultimately, the recipient of the blood donation doesn't want ANY chance of receiving a contaminated supply and that burden falls squarely on the organizations collecting and testing each donation and not on the sexual orientation of the donor. That said, ALL people should be willing to remove themselves as potential donors if there is any chance of them contaminating the supply. It's the honorable and right thing to do.

Here's a snippet from the New York Times article...


"While the burden of H.I.V. in the United States falls disproportionately on gay and bisexual men — Mr. Cahill cited estimates from the Centers for Disease Control and Prevention that two-thirds of an estimated 50,000 new H.I.V. infections in the United States each year occur among men who have sex with men — the vast majority of gay and bisexual men are not H.I.V. positive."

The FDA calculates that these changes to the policy "could add about 317,000 pints of blood to the nation’s supply annually, an increase of 2 percent to 4 percent."

So is this new policy the FDA's Christmas present to the gay community or did they try and bury the story by releasing it at the peak of the Christmas frenzy?

Should the taxpayers of Massachusetts pay for an inmate who is serving a life sentence in a state prison to have a sex change operation?

"A divided federal appeals court in Boston on Tuesday overturned a lower court’s ruling that a transgender Massachusetts prison inmate, convicted of committing a domestic murder, was entitled to taxpayer-funded sex change surgery."

"Michelle Kosilek, who was born as Robert Kosilek... is serving a life sentence for killing her wife, Cheryl Kosilek, in 1990."

Read more about it at the Boston Globe website...


Today I bring you the first in a new category for the Stained Glass Rainbows Blog... LGBT COMPLEXities.

These articles will speak to the complex nature of some of the overlooked issues that lesbians and gays may face. Now that gay marriage is accepted in many states, here is one of the issues that may be popping up more frequently in the days ahead. 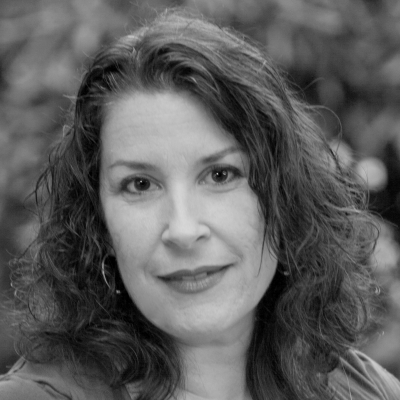 In this first article from the Huffington Post, Georgia Kolias wrestles with telling her little children that she is a lesbian.
She writes...

My 8-year-old son, who's always been rather contemplative, stopped for a moment to think. "What do you mean? You dated girls before you met Dad?"

And that's where one of the COMPLEXities pops up. "Dad" in their family is Georgia's lesbian partner who has transformed into a man. Unfortunately, this article doesn't address the potentially more complex issue of her transgender partner's explanation of the journey from woman to man to their children. Hopefully Georgia will address that in a future article.

Anyhow, it's an interesting read and here it is...

Joe Jervis on his blog Joe. My. God. posted the new trailer to Stained Glass Rainbows today. Lots of comments over there. Check it out... 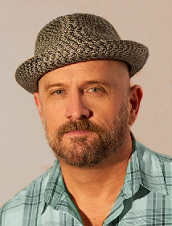 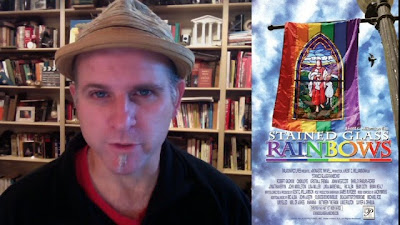 "Here's my attempt to address some of the controversies surrounding the nature of Stained Glass Rainbows." - Kent C. Williamson, Director

Here's the new trailer for Stained Glass Rainbows! Check it out and let us know what you think... 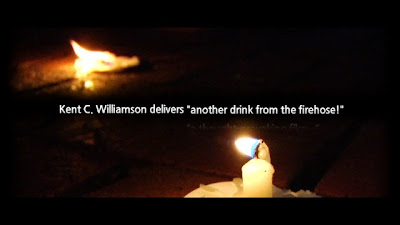